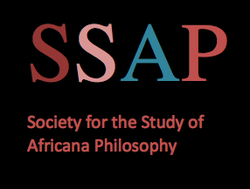 The Society for the Study of Africana Philosophy ("SSAP"), based in New York City, has been a forum for the discussion of philosophical ideas for over forty-five years. SSAP was established to provide a network of support for young African American philosophers and other intellectuals in the academy, to bring together alternative voices to de-center the predominant 'Eurocentric' focus of and lack of diversity in most academic philosophy departments, and to provide a place for lay intellectuals to exchange ideas with professional academics in an informal setting.
SSAP Meetings 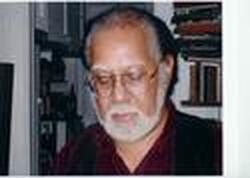 Alfred Prettyman has hosted the SSAP meetings in his home since the group's inception in 1976.

​Meetings currently are held virtually, usually on the third Sunday of the month, September - May, from 1:30- 4:30 PM.


To receive meetings and other news, be sure your have submitted your email address to: Get Our Email Announcements
​
2022 - 2023 Schedule
​September 25, 2022
Open Forum. “America’s Memories of the Civil Rights Movement,” report by American Identity Project, More in Common.  Moderator, Alfred Prettyman.

Due to the holidays, SSAP usually does not meet in November and December.

Next meeting, January 15, 2023
Tappah Dinall. “Mother Tongue. “ Author, Sensible. The Measure of Difference.
History
BY ALFRED PRETTYMAN
Albert Blumberg was chair of the philosophy department at Rutgers and we quickly discovered two shared interests: tennis and philosophy.  Besides, he too was from Baltimore.  We both had supported the Henry Wallace/Paul Robeson Progressive Party ticket in the presidential election –I as a kid junior high school, he as an activist.  The activities eventually resulted in his being driven out of Baltimore, and Dorothy Rose Blumberg, his deeply loving wife, being incarcerated for several years, as I recall.  We met in 1971 when I was invited by Professor Barbara Masekela to join the faculty of the English Department of Livingston College of Rutgers University –a college at which I had, while in book publishing, declined to consider accepting a position as an Assistant Dean.  Al and I talked about how well-developed the  curriculum was for the study of African American Literature and “Third World” Literature in the English Department.  He thought that this should have a compliment in the Philosophy Department   We talked about philosophy in the Livingston Faculty Dining Room, we talked about philosophy during our long spring and summer walks to and from the Columbia University tennis courts near the George Washington Bridge and in the winter during our similarly long walks from his apartment in the west 150's to the armory at 168th St and back. I had continued to study philosophy while in book publishing, particularly in political theory -- with the encouragement of my friend William Ebenstein-- in social theory with Robert Bierstedt –with the encouragement of my friend Donald R. Cressey, phenomenology and existentialism with Walter Cerf, and a brief flirtation with Sidney Morgenbesser’s course in logic.

It was exhilarating to have those talks with Al.  We also talked of the great success he had been having with the first courses in African American Philosophy that he as chair had promoted.  Its growing success was due, significantly, to a drop-dead handsome, charismatic young professor he had hired named Dwight Murph.  As a matter of fact, the demand for the course grew so that he had been successful in persuading the administration and his departmental colleagues to hire new African  American faculty.  He thought, as we had long talked it over, that there should be the same course variety in philosophy as there was for the African-American Literature Sequence, of which I was then Coordinator in the English Department; and that there should be the same variety of faculty.  His new faculty members came  to be analytic philosopher Howard McGary and LaVerne Shelton, who taught the logic courses –as did Blumberg.  Tom Slaughter, in a Cultural Studies Program, came to round out what assuredly was the only university in the country to employ four  black philosophers, until Murph took a similar appointment in Hawaii.  Slaughter too moved-on.  McGary briefly took a position in Arizona, then returned to Rutgers.  Now a Distinguished Professor and holder of a Chair, he has remained the only African-American member of that Department for over a quarter century!

Albert Blumberg kept introducing and exploring with me the notion of starting a black philosophy discussion group, a subject he also explored with Dwight Murph and the late, dynamic anthropologist Gerald Davis, whose book I’ve Got The Word In Me And I Can Sing It, You Know (c.1985, pb.1988) is a classic of black spiritual expression that should be brought back into print.   In spite of his low-keyed, but persistent encouragement, I at first declined to initiate a meeting  because I was too over-committed  –with being a single parent, with holding onto my small publishing company, with caring for my mother.  And Al plied me with the familiar saying that it’s busy people who get things done –and he certainly was proof of that. Then too the excitement of the monthly faculty-student philosophy meetings at Cornell came to my mind. So as you can see, he eventually won.  He and I called the first meeting in the 1976-77 academic year, to be held in my apartment –where it has been held ever since. I insisted that he should be the first President; and he, characteristically, said that was inappropriate for him but not for me;  but he would agree to be Vice President.  That was the beginning of the Society for the Study of Black Philosophy (SSBP)—which  was to become, after our hiatus, the Society for the Study of Africana Philosophy (SSAP) to reflect the diasporic scope of our interests—due in no small part to the persistence of members of our original group and others to get the American Philosophical Association to accept the legitimacy of this intellectual tradition.