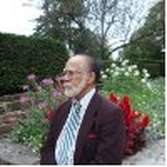 Prettyman has been a member, an organizer, and the host for meetings of the SSAP since the group's inception. As a philosopher and a publisher, he has a wide range of scholarly interests. He has a recent publication entitled, "Compulsion and Persuasion in a Democracy of Split-Levels" in COMPULSION AND PERSUASION IN DEMOCRACY, eds. Kegley & Skowronski, Lexington Books 2013. Currently, he teaches the History of Social Thought and Social Issues in the School of Social Science and Human Services at Ramapo College of New Jersey.

At our September meeting, Prettyman presented, "Rending 'The Veil': How Do We See Each Other: An Open Discussion on White and Black Stereotyping and Identity Threat" 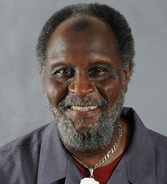 Nuruddin is currently a lecturer in Africana Studies at UMASS Boston. His areas of research include Islam in the Africana Diaspora, the Psychology of the Black Experience, Black Intellectual History, and Social Movements.﻿

At our November meeting Nuruddin lead a discussion entitled, "Alawite, Shia, Sunni: Who Are They. What They Seek" 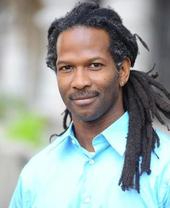 Hart is a neuroscientist and Associate Professor in the department of Psychology and Psychiatry at Columbia University. He is the author of the much reviewed and highly acclaimed book High Price: A Neuroscientist's Journey of Self-Discovery that Challenges Everything You Know About Drugs in Society (2013), and the co-author, with Dr. Charles Ksir, of the 15th edition of Drugs, Society, and Human Behavior. 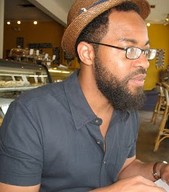 Haile is a Visiting Professor of Philosophy at Dickinson College. He works in the areas of Africana philosophy, Africana literature, philosophy of art, and existentialism and phenomenology. He is the editor of Philosophical Meditations on Richard Wright (2010). 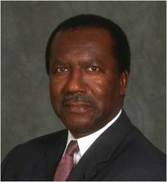 Davis is a Professor of History in the Social and Behavior Sciences Department at Medgar Evers College, CUNY. Seriously embracing the mantle of the Scholar-activist, Davis has been instrumental in a number progressive initiatives at Medgar Evers and at his previous appointment at Ramapo College of New Jersey. Also, Davis has contributed to national policy-changing dialogues on hazardous waste licensing in minority communities, as well as numerous, related grassroots initiatives. In addition to being a regular contributor to the The Black Scholar, Davis is the author of, most notably, The University Since BAM: Twenty Years of Progress?, and “My Mama’s Nigga: Autobiographical Sketches”, which was included in Voices of Historical and Contemporary Black American Pioneers.

At our February meeting, Davis presented, ﻿"The Life and Times of Harold Wright Cruse, 1916-2005" [abstract] 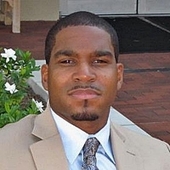 Rogers is A﻿ssociate Professor of Political Science and African American Studies at UCLA. His teaching and research are in the area of Political Philosophy, with special attention in the areas of democratic and republican theory, American and African-American political thought, classical and contemporary pragmatism, and issues of religion, race, and gender. He is the author of The Undiscovered Dewey: Religion, Morality, and the Ethos of Democracy (Columbia UP 2008).﻿

At our March meeting, Rogers presented, "The Demandingness of Freedom: David Walker  and Racial Domination." 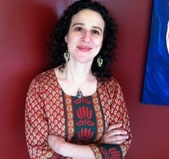 Gordon is Associate Professor of Political Science and African American Studies at University of Connecticut. She is the author and editor of numerous books, collections, and articles, including most recently, Creolizing Political Theory: Reading Rousseau Through Fanon (Fordham UP, 2014). She is currently also president of the Caribbean Philosophy Association. 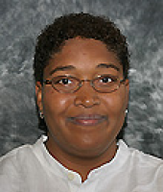 Havis is Associate Professor of Philosophy at Canisius College. Her areas of research are Philosophy of Race, African American Philosophy, and Continental Philosophy. Havis did her doctoral studies at Boston College, writing a dissertation entitled, "Nimble or Not at All: The Ethico-Political Play of Indeterminacy." More recent works include, "The Parrhesiatic Enterprise of Black Philosophy" (The Black Scholar, 2013), and "'Seeing Black' through Michel Foucault's Eyes: 'Stand Your Ground' Laws as an Anchorage Point for State Sponsored Racism," which appeared in the recent anthology, Pursuing Trayvon Martin.

At our May meeting, Havis presented a performative utterance entitled, "Creating a Black Vernacular Philosophy."﻿